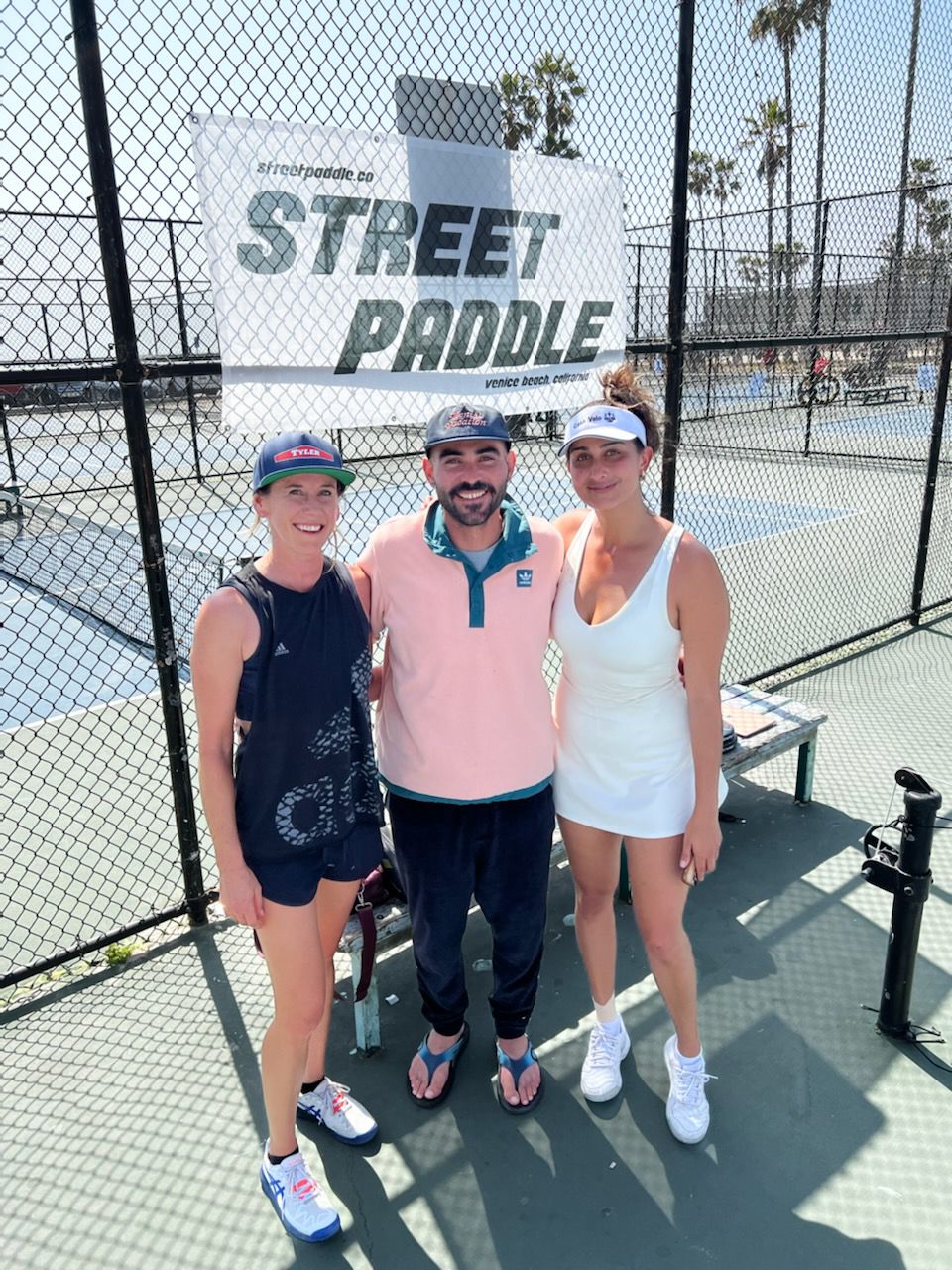 By Editor Christine LeeJune 1, 2022No Comments 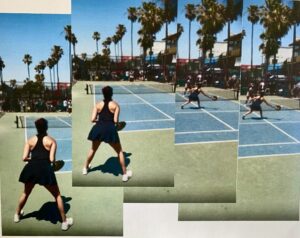 Sophia Khan won the Women’s A’ Singles title for the 2nd Annual Street Paddle Tournament. She started playing paddle during the First Street Paddle mixed doubles tournament last year thanks to her friend and neighbor, “Big Dog” or “Big Daddy” Kent Seton. Congratulations to Sophia and her competitor, Lauren Hawthorne, who had never played in Venice before. Both came with their “A” game and the spirit of competition and camaraderie.

The Paddle Times’ Questionnaire for Champions

1. Sophia please tell us who you are, where you are from, and how you found Paddle?

2. How did you prepare for this tournament? 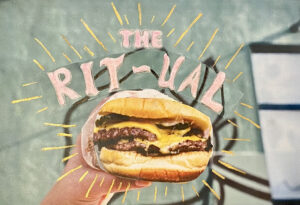 3. Do you have a ritual that you do before a match?

4. What do you do to “pump yourself up” before a match? For instance – do you listen to music?

5.  During a match- how would you describe your mindset?

6. What is the best part of your game?

7.  What is a favorite point during the tournament?

8. How do you get through tough moments in a match? For instance- what do you tell yourself?

9. How would you describe the Venice paddle community?

10.  Any special moments or details about the tournament that you want to share?

An additional question: Kent is a champion himself, did he give you any advice?

Lauren Hawthorne plays paddle at Ladera Linda Park in Rancho Palos Verdes. We had never seen her play before and yet she seemed at ease on our gritty courts. She is no stranger to competition and has an awesome and unforeseen connection to one of our most important players. Let’s get to know Lauren. 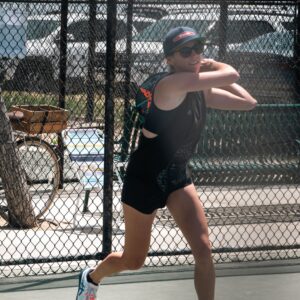 1. Lauren please tell us who you are, where you are from, and how you found Paddle tennis?

• I’m Lauren Hawthorne, and I’m from Los Angeles. I discovered paddle tennis about a year and a half ago from some friends my husband grew up with in Palos Verdes. I played tennis in high school and club in college, so I had just enough confidence to grab a paddle, jump in and try it out.

2. How did you prepare for this tournament?

• Access to paddle tennis courts close to where we live is challenging, so I made the decision that even though I’m not going to be able to train as much in paddle, I am not going to let lack of endurance be the reason I don’t do well. We live in a beautiful area for road cycling, which is what I did almost everyday leading up the the tournament. As an adult, my favorite way to stay in shape is through outdoor activities, ie surfing, cycling, swimming, and I played in a competitive women’s doubles tennis league this past year, which has helped me stay on top of my mechanics.

3. Do you have a ritual that you do before a match?

•This tournament was my first experience competing in paddle tennis, and I just returned to organized sports competition within the past year, so I’m looking forward to continuing to compete and see what my pre-match ritual might develop into. I’d say right now before a match, I’m just focusing on gratitude for the opportunity to compete as an athlete again and putting fun at the forefront while I work on getting my skills back.

4. What do you do to “pump yourself up” before a match? For instance – do you listen to music?

•I’m not usually one to plug into headphones and tune out before a match, but we did have a little bit of a drive to get to the tournament, so my husband had to put up with me jamming on Justin Timberlake on the way over, lol. I’ve seen JT live a number of times, and the mix of nostalgia from growing up to *NSYNC and the energy from his shows just put me in a fun/excited mindset. Showing up at the tournament was also my first exposure to paddle tennis at a higher level, so being able to watch the players compete in the higher divisions was really motivating.

5. During a match- how would you describe your mindset?

•In general, I’ve always viewed competition as me against my best self. Since it has been a long time since I’ve competed and trained in a racket sport, I have to be kind to myself and keep “having fun” at the forefront until my training and skills are back up to speed with the expectations I have for myself in terms of performance.

6. What is the best part of your game?

•I probably get the most comments about my two-handed backhand. The most formal training I had in tennis was about halfway through high school, when a coach completely disassembled whatever I had as a backhand stroke at the time and rebuilt it from the ground up. I know it’s not what it was back then, but it’s kind of nice still have a semblance of that shot after all the work I put into it many years ago.

7. What is a favorite point during the tournament?

•Getting the know the Venice paddle community. I really enjoyed meeting and having really pleasant interactions with so many people, especially the players in the women’s division. I was really stoked to find that the energy was different from what I remember from competing in the youth tennis circuit. A couple other friends competed in the tournament as well, so it was really fun having my husband and a group of friends that came out to support us. Competing in the tournament together added a whole other level of fun.

8. How do you get through tough moments in a match?

•For instance- what do you tell yourself? I’d say it’s just boiling things back down to the basics. If I’m beating myself, it’s usually because I’m overthinking or trying to overshoot for winners rather than higher percentage shots. If things are getting tough, I just try to focus on the point right in front of me and play my game. Back to me against my best self.

9. How would you describe the Venice paddle community?

•In all honestly I was nervous about what to expect coming to Venice given its long-standing history with the sport and reputation for competition. All the nervous-ness around that disappeared almost immediately after interacting with the tournament organizers and the other women competitors. I came away feeling like I had made a bunch of new friends with something really fun in common and am excited to participate in more tournaments. Thank you to everyone at Street Paddle and all the women I interacted with for such a fun experience!

10. Any special moments or details about the tournament that you want to share?

•I’m really proud of Sophia for her accomplishment in winning the tournament and of both of us for making the final a battle and leaving it all out there. Can’t wait for the next match up! 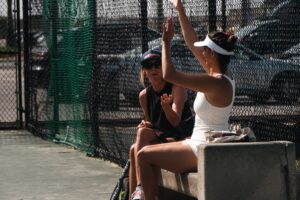 Side note: When I first saw your instagram after the tournament, I noticed the interview with Michelle Greco and was so excited! Michelle and I went to the same high school and played for the same coach on the school’s tennis team, but at different times. During my time in high school, she was, and still remains, a legend for her performance and success in the tennis program (in addition to her success in basketball).  I was honored to be awarded the “Michelle Greco Award” my senior season on the tennis team. It was so cool to read the interview and learn how she found the sport of paddle tennis and is connected to the Venice community. After having looked up to her throughout high school, it would be so cool to see her at a Venice paddle event.

*The Window is a well loved burger stand just east of Court 8 on the Venice boardwalk. A treat when you win, a consolation when you lose.