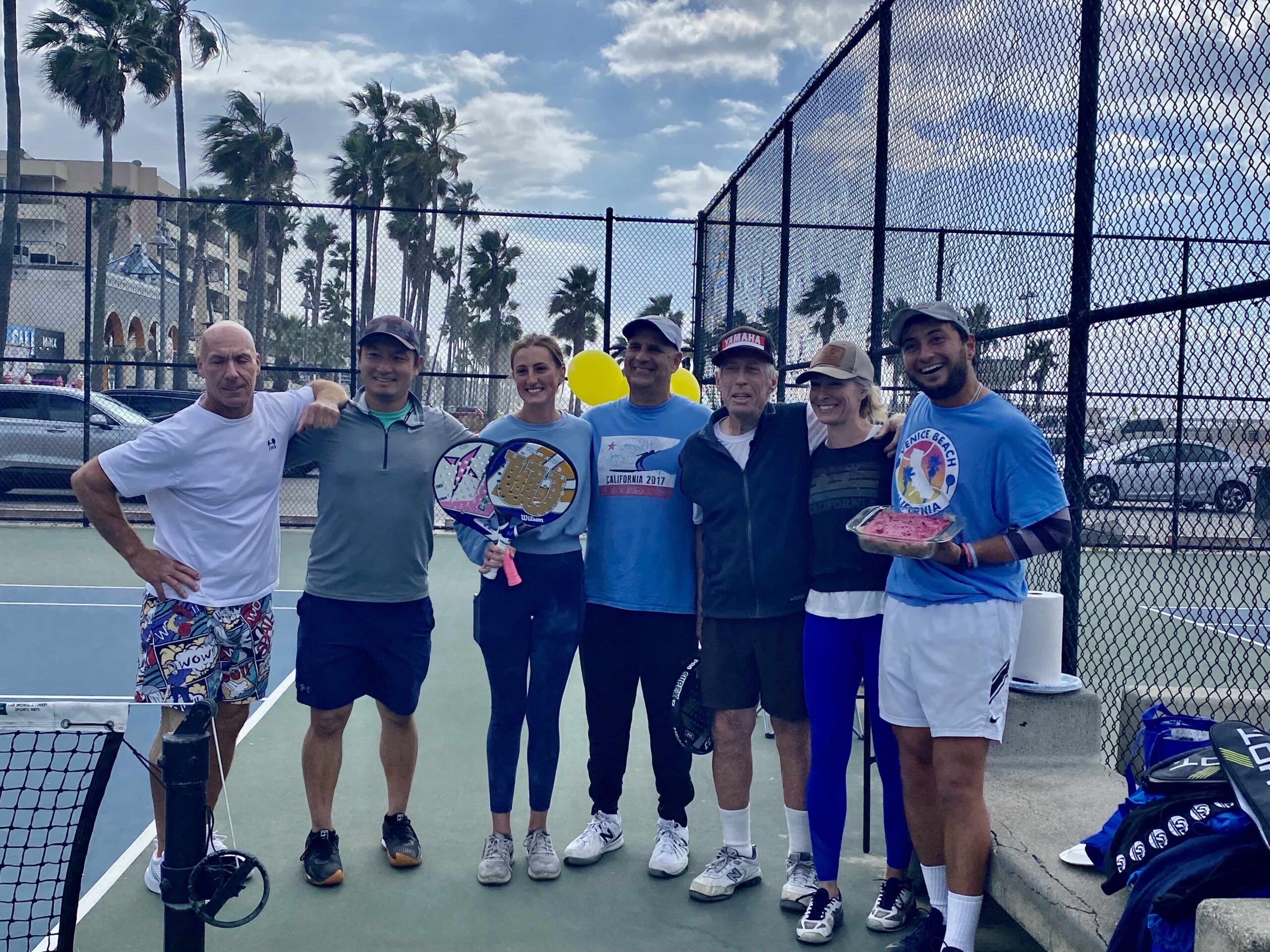 Celebrating Larry Nagler in the Tennis Hall of Fame

It was a beautiful Monday morning when Larry Nagler thought he was just playing paddle with Calvin Page and a few friends but instead he was presented with a commemorative brick from the Tennis Hall of Fame.

I had a chance to ask Calvin about the ceremony he orchestrated for Larry on Feb 22, 2022. 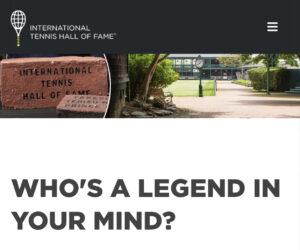 Tell us what you did for Larry?

Calvin:The whole idea for Larry was to honor him and his accomplishments at UCLA back 1960-61 where he was the men’s singles champion and the team champion.  The idea was presented to me over Instagram, the International Tennis Hall of Fame – and I went for it. I knew he was the perfect candidate for this award because he means so much to us at the paddle courts. He has mentored me and given me so much confidence so I really wanted to do something nice for him.

Calvin, you sent me Larry’s interview from The UCLA Library Center for Oral History Research  – give us a few highlights that inspired you about Larry’s past.

Calvin: Number one, he was around so much greatness when he was in his early 20s. He was doubles partner with the late great Arthur Ashe  – he played doubles with him and he was a duel sport athlete for two years when he played under the legendary coach John Wooden. And I just can’t imagine how much knowledge and experience he was around as a young athlete and how much that nurtured him as a young adult. Maybe some of that can be passed down to the new generation, like me!

You fundraised for this brick and where is it going to go? 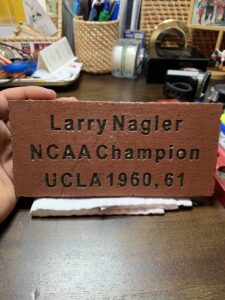 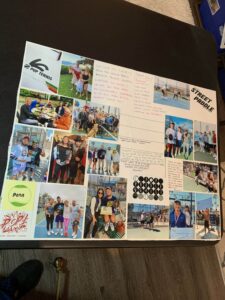 goes to Larry himself – it is a replica of the commemorative brick that he receives and he can put on his mantel. The second and real brick will go in the rose garden in the International Tennis Hall of Fame, in Newport Rhode Island. Whenever anyone goes to visit, they will see his name and the dates of his most significant years at UCLA. 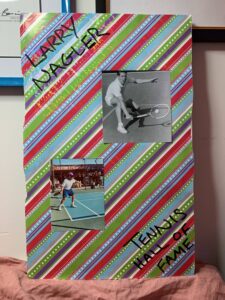 What important lessons has Larry taught you?

Calvin: On my very first day at the courts on 12/10/2020,  Larry gave me the best advice a young player like myself ever received. I was so nervous when I showed up because I didn’t know anyone, so I just sat outside of court 3 on the bench holding my “Grand Cow” paddle and can of Wilson tennis balls. Larry was sitting on court 3 by himself, and when we made eye contact, he called me over to warm him up, and I gladly jumped at the opportunity to play! He told me he was waiting for some friends to arrive to play doubles, and that they may need me to be a fourth. Little did I know that the other two guys who showed up briefly thereafter were Brian Wan and Ernesto Russo; two of the best players in the game!

I will certainly never forget that day. During our match with those guys, I wanted so badly to impress everyone that I was hitting every ball as hard as I could and poaching all of Larry’s balls…So of course I was missing a lot and getting frustrated with myself. That is when Larry pulled me aside and gave me some of the best advice a young player, like myself, can ever receive. He said if I just took 10% power off my shots, put the ball in play, trusted myself to be patient, and let my partner play his side of the court, I would be so much more successful. Knowing when to hit with power, and having the ability to take pace off the ball, in order to play the safer shot was critical to the development of my game. Also the time in between points was so important for me to gather myself and think about my next shot. I needed to stop getting so negative with myself over my previous shot.

I have been playing with Larry regularly over the last year and I have tried so hard to instill these values that he has shown me through his example. His interaction with everyone at the courts is consistent and positive and to me as a young player, that is something that I will remember for ever. I hope to one day pass that along to another player who shows up one day, looking for a game.

You can hear Larry’s interview at the UCLA Oral History Library here.

Here is just a light sampling of what you will hear during Larry’s interview:

Larry played two sports, basketball under John Wooden, and tennis under J.D. Morgan (who became the Athletic Director for UCLA) until he decided to pursue tennis full time. He was also fraternity brothers with Rafer Johnson who trained with C.K. Yang from China; they won the gold and silver medals, respectively, for the decathlon in the 1960 Olympics. Larry speaks movingly about Arthur Ashe and their early discussions about race; about his role as Ashe’s lawyer in the evolution of open tennis. Calvin is right, he was surrounded by a lot of great athletes and minds of that golden era. It is a great listen while you are walking, biking, or driving to the paddle courts!

Larry just gave a TedxTalk in Boston this past Monday, March 7th, 2022. He touches upon his illustrious tennis career in context to his thesis that “Tennis is a metaphor for Life.”  Here is the link.