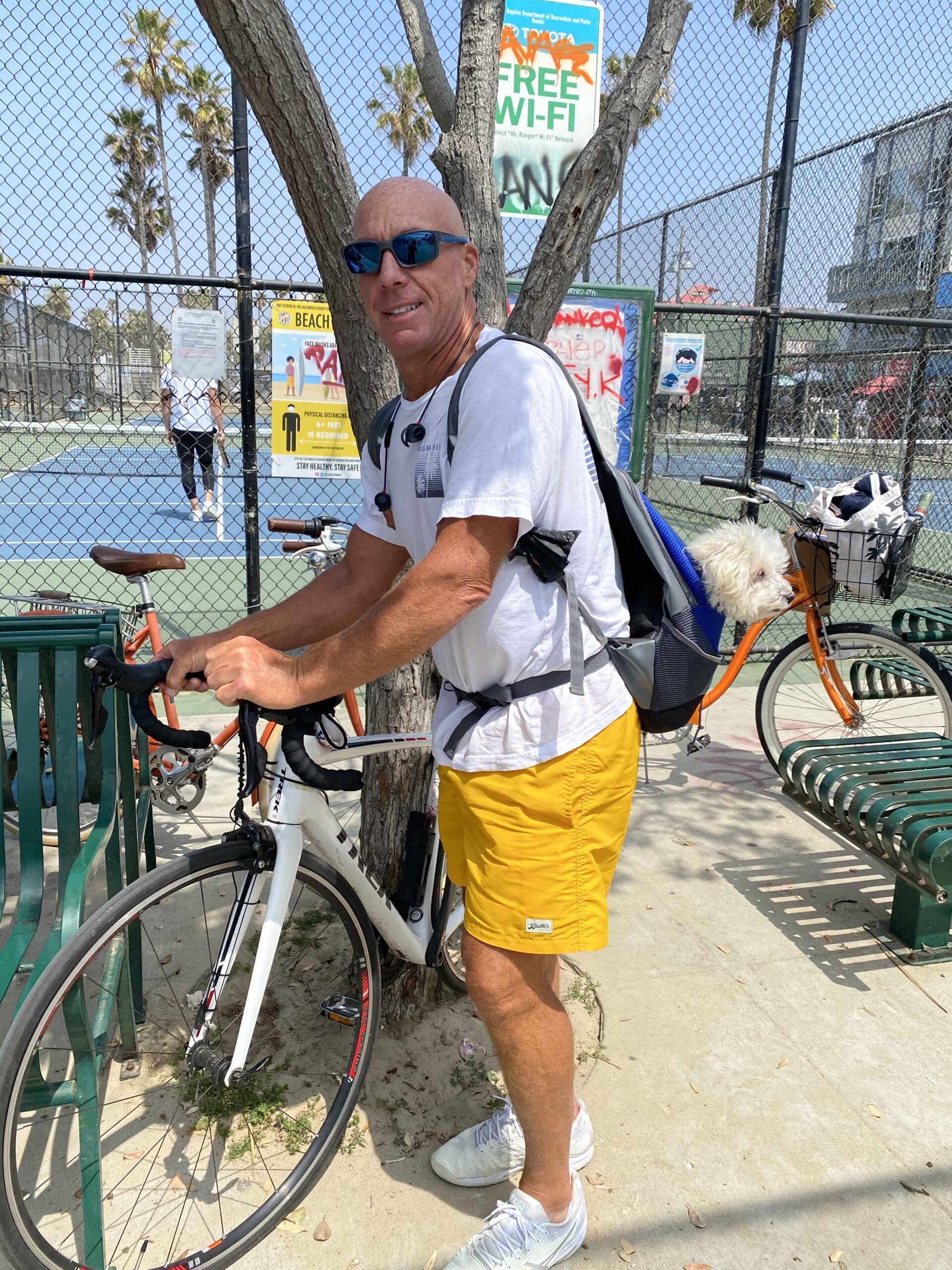 On The Bench with Mike ‘The Chef’ Payne

By Kathleen ElkinsFebruary 27, 2022No Comments

This story is part of The Paddle Times’ On The Bench interview series, which profiles members of our diverse group of paddle players. 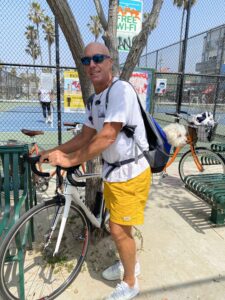 This week, The Paddle Times sat down with Michael Payne, 56, also known as “the chef.” Payne moved to Los Angeles 12 years ago. When he’s not at the Venice Beach paddle tennis courts, you can find him in the kitchen cooking up a storm or at the driving range working on his golf swing.

When did you start playing paddle?

My friend Piero, a buddy of mine I used to play tennis with, got me to come down and play some paddle tennis five years ago. I remember the first time I swung at the ball I missed it because I was used to a tennis racket.

We started playing regularly and I started loving it, so much that I come almost every day now. I even have a couple of nicknames at the courts now: “chef” because of my profession and “target” because I get hit a lot playing doubles.

What brings you to the courts every day?

I come to the courts because I want to get in a workout. And then there’s the community and friends that you make here over time. It’s just like being a kid: I ride my bike to the courts, play some paddle tennis with my friends, and then get going with my day.

Is paddle your favorite hobby?

Absolutely. In my 20s and 30s I was running marathons. I was always training and trying to stay fit. Paddle just has so many pleasurable aspects: the competition, the workout, being at the beach every day, being in the sun, the friendships. It’s the whole package.

What do you think is one of the most common factors that bring people to the courts?

The social aspect of it. When you’re at the courts, you get to know people little by little, in between points, games, or sets. You hit one good shot and you get a little more energy from each other, kind of like in golf.

Is it Venice or is it paddle tennis that draws people in?

They go hand-in-hand. It’s a combination.

Do you think what we have at the Venice courts can be replicated in another place?

I have thought about it and I want it to be… but it hasn’t been done, not to my knowledge at least. It would be really hard to replicate.

Let’s talk about your shoulder injury.

I tore my right rotator cuff playing this sport in 2019. My doctor told me I needed surgery in order to repair it. I did the surgery and was told it was going to be a nine-month rehab process before I could play again.

I didn’t want to do any further damage by playing too soon, but I’m so crazy about this sport that after two weeks of surgery, I started going to the courts to watch people play. The next thing you know, I was hitting against the wall with my left hand. That’s what I did. I would hit lefty for an hour against the wall. 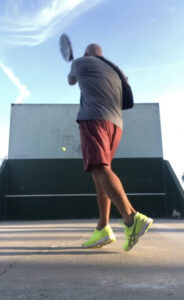 Yes. I went to the courts, this time as a lefty. My right arm was in a sling and I’d hit the ball against the wall with my left. I just did repetitions. I tried to do five in a row, then 10, then 20, and then some people at the courts were kind enough and patient enough to hit with me left-handed. There are some politics at the courts, you see, and not everyone wants to play with everyone. I was very grateful for the guys and gals that hit with me when I was developing my left hand.

When I first started playing five years ago, I went from beginner to advanced. After the surgery, when I started playing lefty, I became a beginner again. I had to learn the game all over. My footwork was backwards. It made me focus even more. It was like learning a new sport. That just goes to show that there is room and opportunity for anyone to join this community.

People nowadays ask me why I hit with beginner players. People hit with me when I was a beginner again and I don’t want to forget that. If people were kind enough to do that for me, I can make time to hit with anyone, no matter their level or experience. Plus, you can work on things in your own game while hitting with lower level players.

What was it like when the courts closed during the pandemic?

I joined a group of guys and we would build courts with a portable net and tape all over town. We were playing in parking lots or pretty much anywhere. The ball bounced funny on different surfaces and we had to chase a lot of them down because there weren’t fences, but we didn’t care because the fact that we were able to play in those tough times was a blessing.

Do you ever get tired or feel like taking a break from the game?

When I take a break for my body to recover I still like to come and watch other people play. I like to be in the environment.

Sometimes I like to switch groups of players to avoid some of the drama and talking.

What kind of player would you consider yourself?

I prefer singles for the workout, but I’ve played some doubles over the last two years and it’s a blast, too. The trash talking between teams is fun and it’s more social. The hardest part about doubles is feeling responsible for the outcome. We all hit good and bad shots. I accept my partner, regardless. I know I’ll make mistakes and he will do too. You just have to move on after each point.

Who is your favorite rival?

I have two. One is Piero. He got me into the sport and we are competitive with each other.

The next is Fernando Wulff. Playing with him is fun in a different way. I remember when he came into the country — he came in when I was right handed, before the surgery. Then he left, and when he came back, I was playing left handed. When he first came back I beat him with my left hand. That was the only time that ever happened. He changed his whole game, he got some coaching, changed everything, and I had a hard time from then on. I never beat him with my left hand again. Then I switched back to my right hand when I was fully recovered and we had a bunch of battles. At first, I would beat him like 6-1, 6-2 but then he changed strategies and started to buckle down. And I think I went a year without beating him. It’s frustrating playing him but it’s fun. He is one of my favorites. 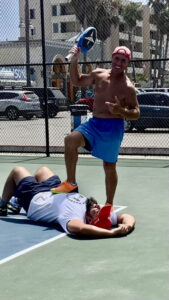 Who have you played the most matches against?

You’ve watched a lot of paddle. What do you think about the open level?

It’s super competitive. There are a lot of different characters in this show, so many different personalities, and everyone handles themselves in a very different way. It’s very interesting to watch.

It’s the highest level in the world. I see great matches, points, technique, and strategy. I see great sportsmanship and also the opposite. You get a little bit of everything. And that puts a spotlight on the open players.

What do you think about the ‘Venice scene?’

There are non-official vendors, there’s different music playing from every store, and there are people smoking pot. It’s a chaotic place to play a racket sport, for sure. You come here and there is craziness all over the place. There’s the homeless, there are beautiful people, bikinis, distractions everywhere. It bothers some people but I personally like it. I like all the action. 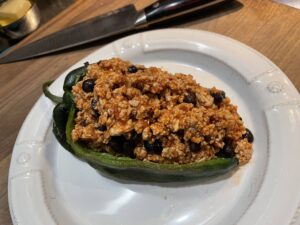 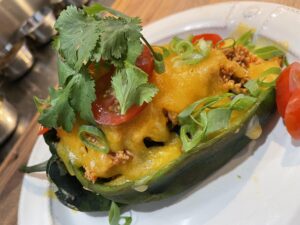