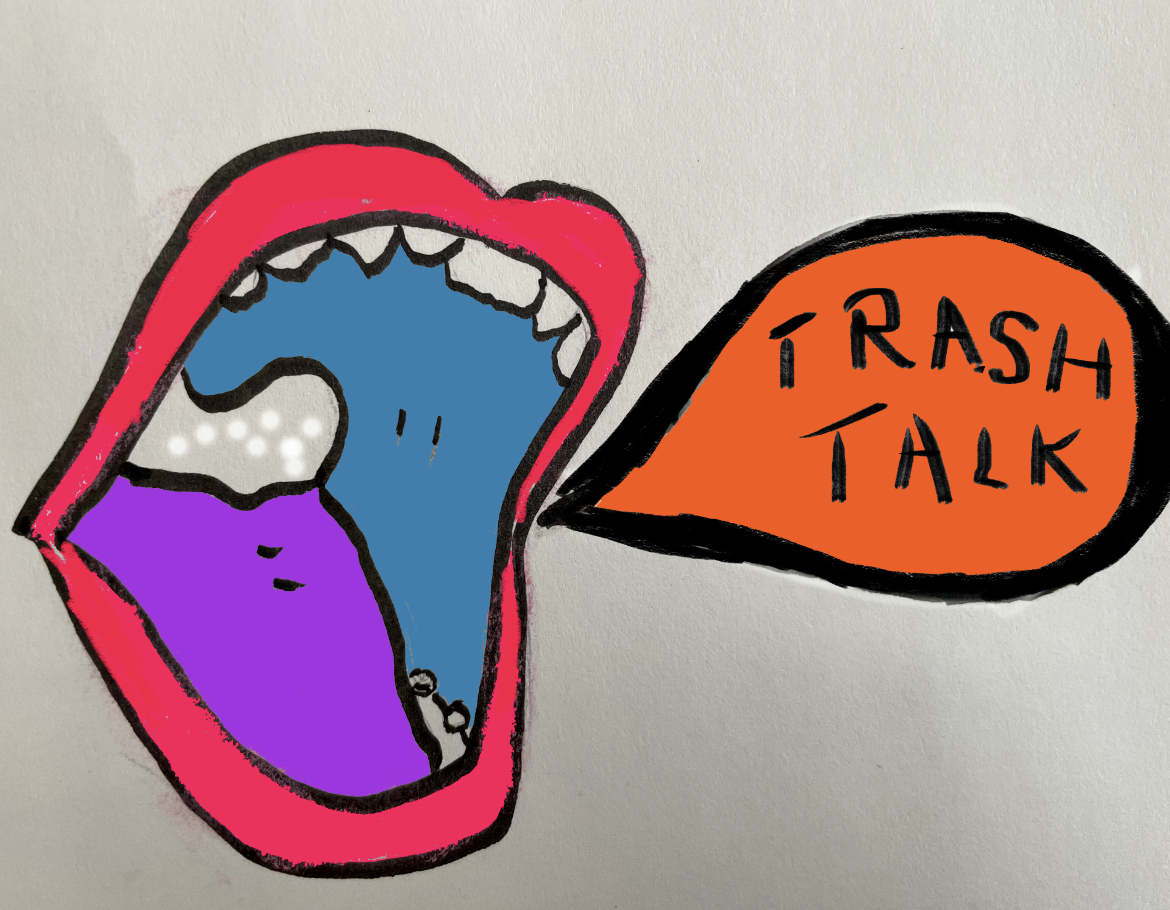 At the paddle tennis courts of Venice Beach, “trash talk” is, for some people, an integral part of their game and something akin to an art form. Perhaps influenced by the nearby basketball courts of Venice Beach, where trash talk is not merely legendary, it has been portrayed memorably in movies like “White Men Can’t Jump” and “American History X” and mimicked by athletes and players of other sports ever since.

Tennis is not a game that encourages (or lends itself to) “trash talk.” It’s just not done by players like Federer or Nadal or the Williams sisters. But paddle tennis is a different sport, and one in which the conditions are occasionally ripe for a bit of trash talking. It’s best used when playing with your “tried and true crew” who know just what buttons to push to “rattle your cage,” but not cross the line. Take, for example, legendary Venice Beach trash talker and singles player, Igor, who will shout, “That’s f***ing right, Cliff!” after hitting a winner past his favorite opponent. Cliff, typically quiet during game play has now become fond of taunting Igor right back with the same “That’s f***ing right, Igor!” after his own (frequently struck) winners. Proving that trash talking isn’t something you’re born with but nurtured into by other capable trash talkers.

Lastly, when it comes to trash talk, cursing isn’t exactly forbidden; however, it’s a lower form of trash talk that’s rarely encouraged or justified. Unless, of course, you’ve just faulted your serve on match point, in which case, it would be considered an insult to your partner if you didn’t curse at yourself for being a colossal idiot!

Below is a list of the most often heard and/or best examples of trash talk* encountered on the Venice Beach paddle tennis courts recently (paired with some helpful context).

And the #1 most epic burn heard on the Venice Beach Paddle Tennis Courts for 2022, provided by UCLA alum and popular paddle tennis rallying partner, Budge, who, when asked on his birthday, “What does it mean to turn 84 on the courts at Venice Beach?”

“It means I have 6 more years before I start playing Pickleball.”

*Note: Trash talk should always be used with discretion and is forbidden during tournament match play. Also, language that includes slurs against men, women, slurs against gay or trans people, slurs against any minority is not trash talk. It’s bigotry, it’s racism, it’s sexism, it’s misogyny and it has no place in society, let alone on the paddle tennis courts.